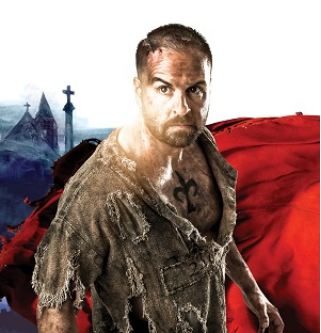 Alfie to Perform at Les Miserables 30th Anniversary in London!

On Thursday 8 October 2015, the West End production of “LES MISÉRABLES” at the Queen’s Theatre continues to make history as it celebrates its 30th anniversary with a very special performance starting at 7.00pm. 450 tickets for this performance will be available to the fans through a mobile lottery and a charity auction to raise money for the Save the Children Syria Children’s Appeal. Audience members wishing to attend this historic musical event will have the opportunity to enter the mobile lottery or auction by visiting lesmis.com/30 which will be live from 12.00 noon on Friday 25 September 2015.

To celebrate this milestone, the current stellar cast will be joined onstage by members of the original company and special guests including Colm Wilkinson, Roger Allam, Frances Ruffelle, Alfie Boe, John Owen-Jones and Gerónimo Rauch in a special finale.

Cameron Mackintosh said today: “Having already had so many requests to attend this very special anniversary performance, we know we could sell this performance many times over. We are limited by the capacity of the Queen’s Theatre and the number of invited guests who have been involved over the 30 year history, but we wanted to make over 40% of the house available to fans. The only fair way we can get these tickets out to the fans is through a lottery. Everyone involved in Les Misérables also wanted to take the opportunity to raise as much money as they can through the distribution of tickets towards the Save the Children Syria Children’s Appeal.”

Save the Children said: “Save the Children is delighted that our Syria Children’s Appeal will benefit from this 30 year celebration of Les Misérables. This poignant tale of struggle, hope and dreams reflects the human spirit that we see in Syrian families that we work with day in day out.”

“LES MISÉRABLES” originally opened in London at the Barbican Theatre on 8 October 1985. It transferred to the Palace Theatre on 4 December 1985 where it ran for 19 years before moving to its current home at the Queen’s Theatre on 3 April 2004 where it has already played for 11 years and looks set to at least equal the run at the Palace Theatre as it is still playing to standing room only. When “LES MISÉRABLES” celebrated its 21st London birthday on 8 October 2006, it became the World’s Longest Running Musical, surpassing the record previously held by “Cats” in London’s West End.

There are over 3,000 productions of the Les Misérables School’s Edition scheduled or being performed by over 150,000 school children in the UK, US and Australia, making it the most successful musical ever produced in schools.

Cameron Mackintosh’s production of “LES MISÉRABLES” is written by Alain Boublil and Claude-Michel Schönberg and is based on the novel by Victor Hugo. It has music by Claude-Michel Schönberg, lyrics by Herbert Kretzmer and original French text by Alain Boublil and Jean-Marc Natel and additional material by James Fenton. The original London 1985 production of “LES MISÉRABLES” was adapted and directed by Trevor Nunn and John Caird.

There are no comments